FEES and Fabric First in the Future Homes Standard

Even to the untrained eye, UK homes will look very different in the not-so-distant future. Homes built, or renovated, after 2025 will be subject to a new set of energy efficiency standards. While we wait for the government’s response to the final consultation of the Future Homes Standard (see consultation here), we expect to see less of the gas boiler, and more solar panels and low-carbon heating systems (like air source heat pumps).

First announced in 2019, The Future Homes Standard will complement Building Regulations. The new set of standards will comprise a series of amendments to Part F (ventilation) and Part L (conservation of fuel and power) of the Building Regulations for new build homes. Legislation is to be implemented from 2025.

The purpose of the Future Homes Standard is to ‘future-proof’ homes and ensure that they are ‘zero-carbon’ ready. It promises that new homes from 2025 will produce 75-80% less carbon emissions than homes built under current regulations.

The government’s original response to the first (of a two-part) consultation was published in January 2021. The second consultation ended in April 2021. Energy consultants are patiently waiting for more details to follow.

The Future Homes Standard consultation from 2019 proposed the removal of the Fabric Energy Efficiency Standard (FEES) metric from Part L  in the name of reducing complexity. Due to the strong reaction, it’s now decided that FEES are to remain in Part L. In fact, it appears that a fabric first approach will be at the heart of homes built after 2025.

For example, Passive houses take a fabric first approach by obtaining absolute airtightness and high levels of insulation. They also harvest maximum energy from the sun by designing south-facing windows. Essentially, they are designed to keep as much heat inside the home as possible without risk of overheating.

When the Future Home Standard comes into play, there will be four metrics for measuring building performance, one of which will be FEES. The FEES will set the performance levels for the building fabric that will help to reduce the amount of energy required to heat the home. The other metrics include primary energy consumption and carbon dioxide emissions.

Following the government’s response to the first consultation, Julie Hirigoyen, chief executive of the UK Green Building Council, said: “It’s a big relief that the Government has ditched its original proposal to scrap the Fabric Energy Efficiency Standard (FEES). We had long argued that scrapping the FEES would be a highly retrograde step, meaning in some cases that a home that would fail current Building Regulations because of poor fabric could pass the 2021 regulations. Meanwhile, the many local authorities that have declared climate emergencies will also be relieved that Government has confirmed that in the immediate term they can still set higher energy performance standards for new homes than those mandated by Building Regulations. But they, like us, will be disappointed that Government hasn’t completely ruled out curtailing their powers in the future.”

Find out more visit us on

Send us an email and we'll get back to you, within 1 day 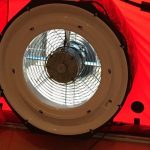 How to: Prepare for an Air Test 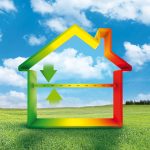